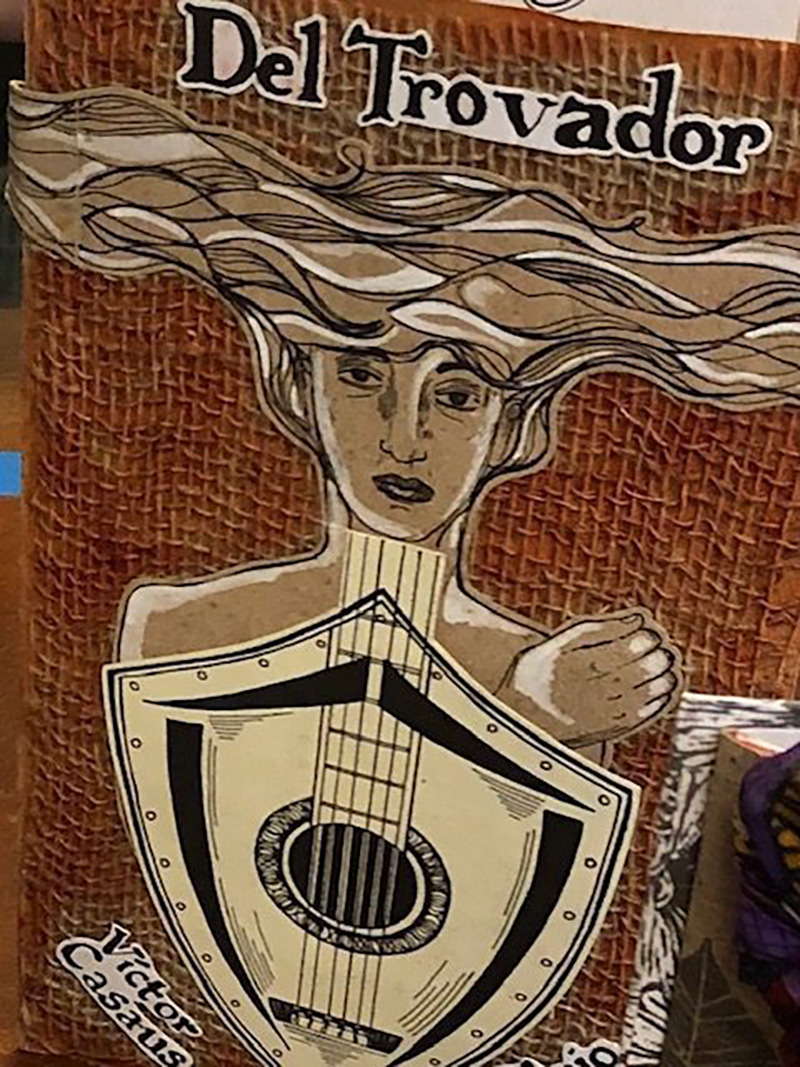 The book includes a song by Cuban folksinger and songwriter, Silvio Rodríguez: “Defensa del trovador.” Rodríguez has been called “Cuba’s John Lennon” and is a leader in the nueva trova movement, which originated in the 19th century with Cuban itinerants who sang and played the guitar. The song is accompanied by a poem by Cuban poet and filmmaker Víctor Casaus, “Detrás de la voz del trovador.”