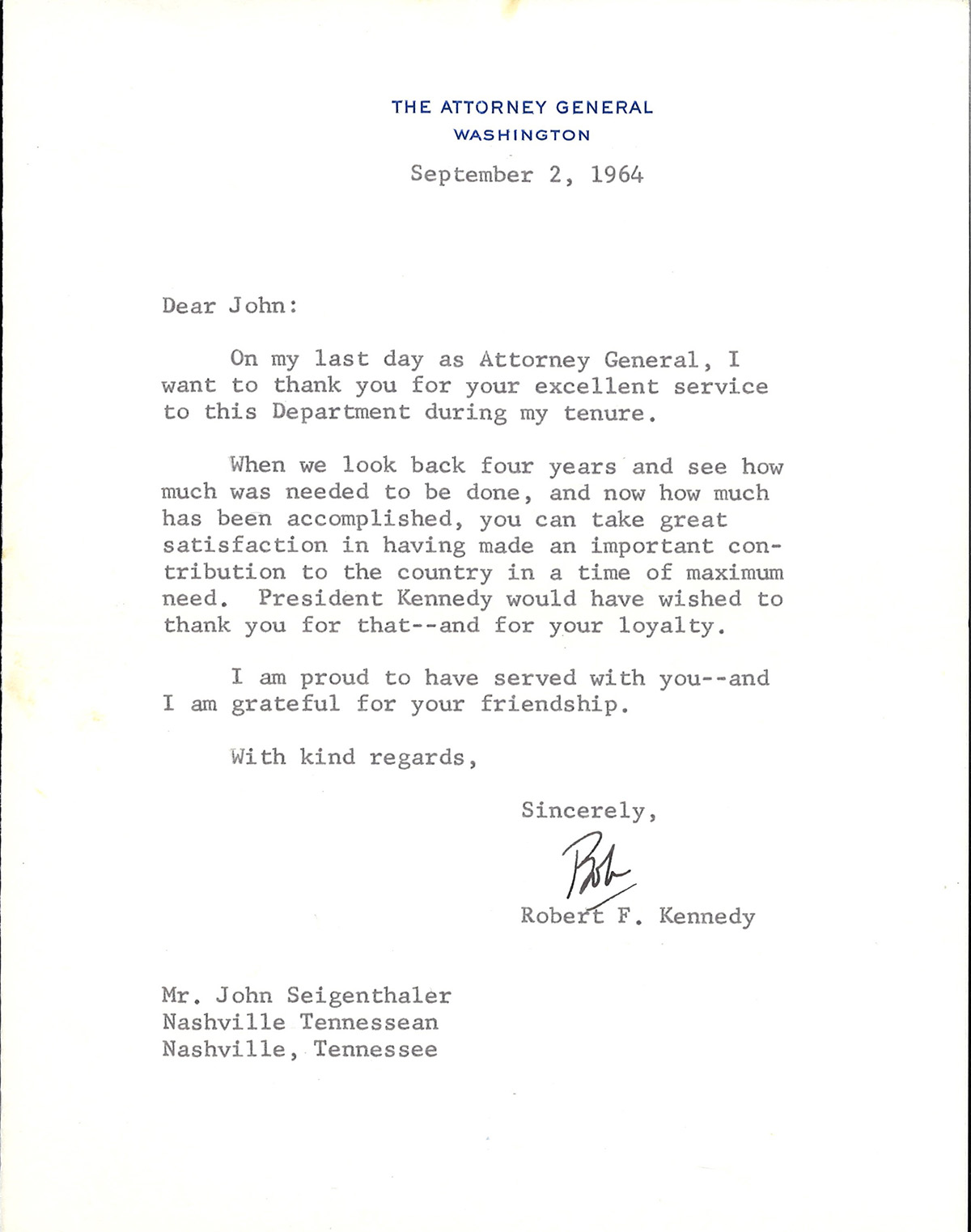 John Seigenthaler, journalist and civil rights advocate, left The Tennessean in 1961 to work as a special assistant to Attorney General Robert Kennedy. Above is Robert Kennedy’s formal thank you to Seigenthaler on Kennedy’s last day as Attorney General (Sept 2, 1964). He expressed that former President John Kennedy, were he still alive, would have also wished him thanks.