New Mobilization Committee to End the War in Vietnam 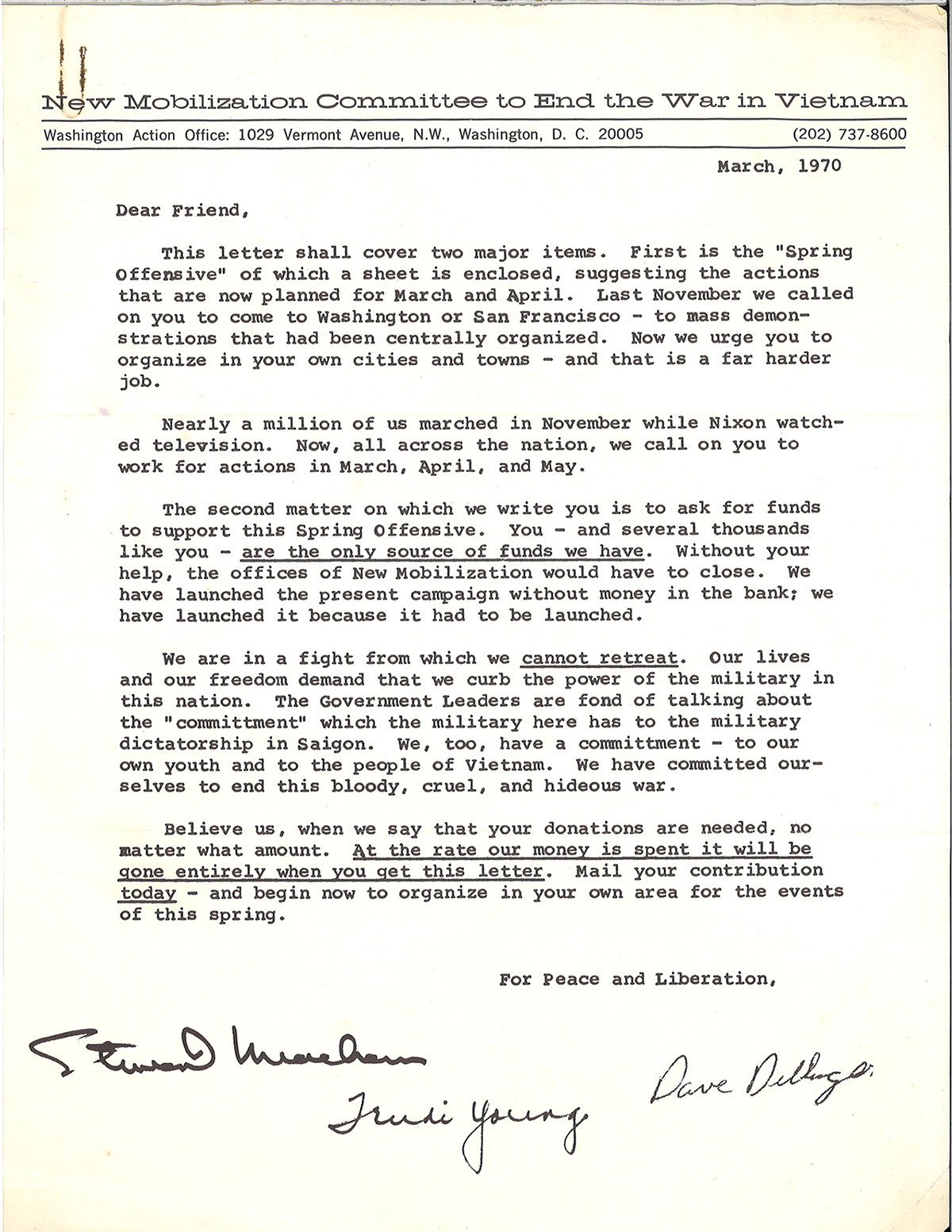 This request for funding gives insight into the thinking behind some of the large-scale organized anti-war protests that occurred during the Nixon administration. Like contemporary pro-war propaganda posters, the writer attempts to rally more support for their side. The finances required for movements of this magnitude also mimic the massive spending the United States incurred during the war.