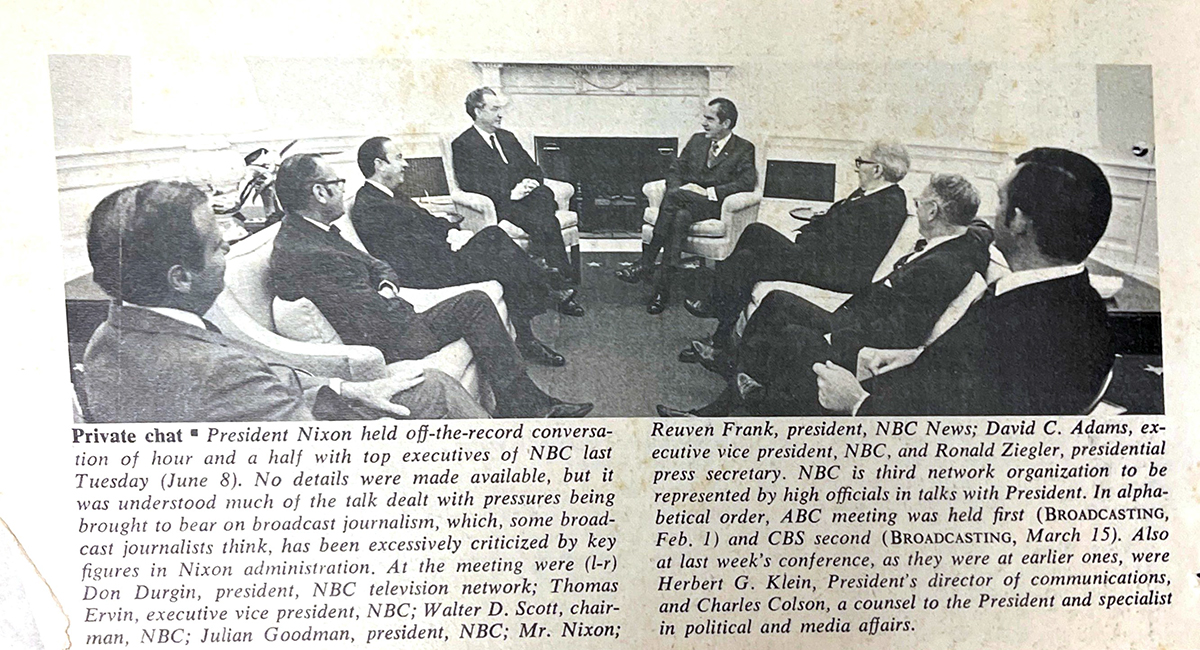 [DRAFT] This photograph depicts President Nixon at the White House, seated with several executives from NBC. This was part of an off-the-record conversation intended to promote transparency and trust between the president and the media.