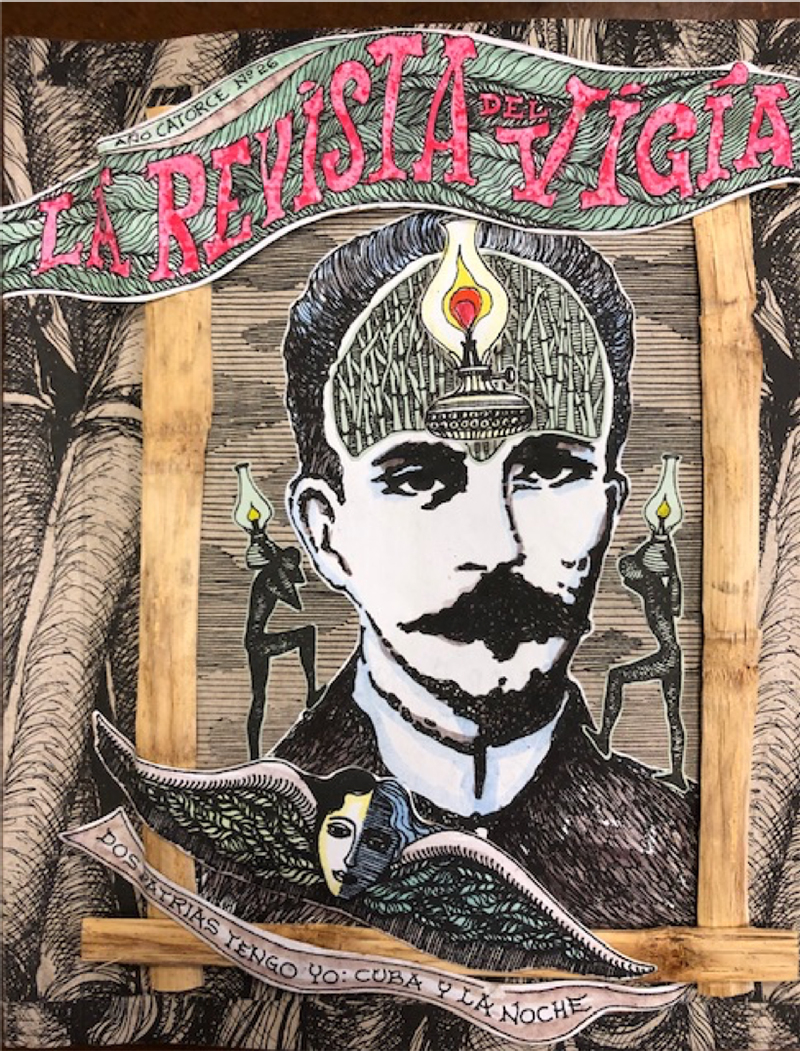 The revered “Apostle of Cuban Independence” and leading Latin American intellectual of the 19th century, José Martí, is depicted symbolically with Vigía’s trademark oil lamp as the guiding inspiration of Cuban independence. 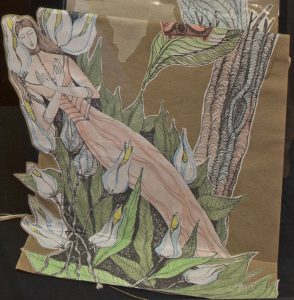 The lyrics of Simple Verses by Martí were adapted to music in the song,” Guantanamera,” (1929) whch has become the principal patriotic song of Cuba. Martí died in the war fighting for independence against Spain in 1895. The lyrics of his verse about a sincere man from where the palm trees grow came to represent Martí, his fight for Cuban liberty, and the ongoing struggle for Cuba.