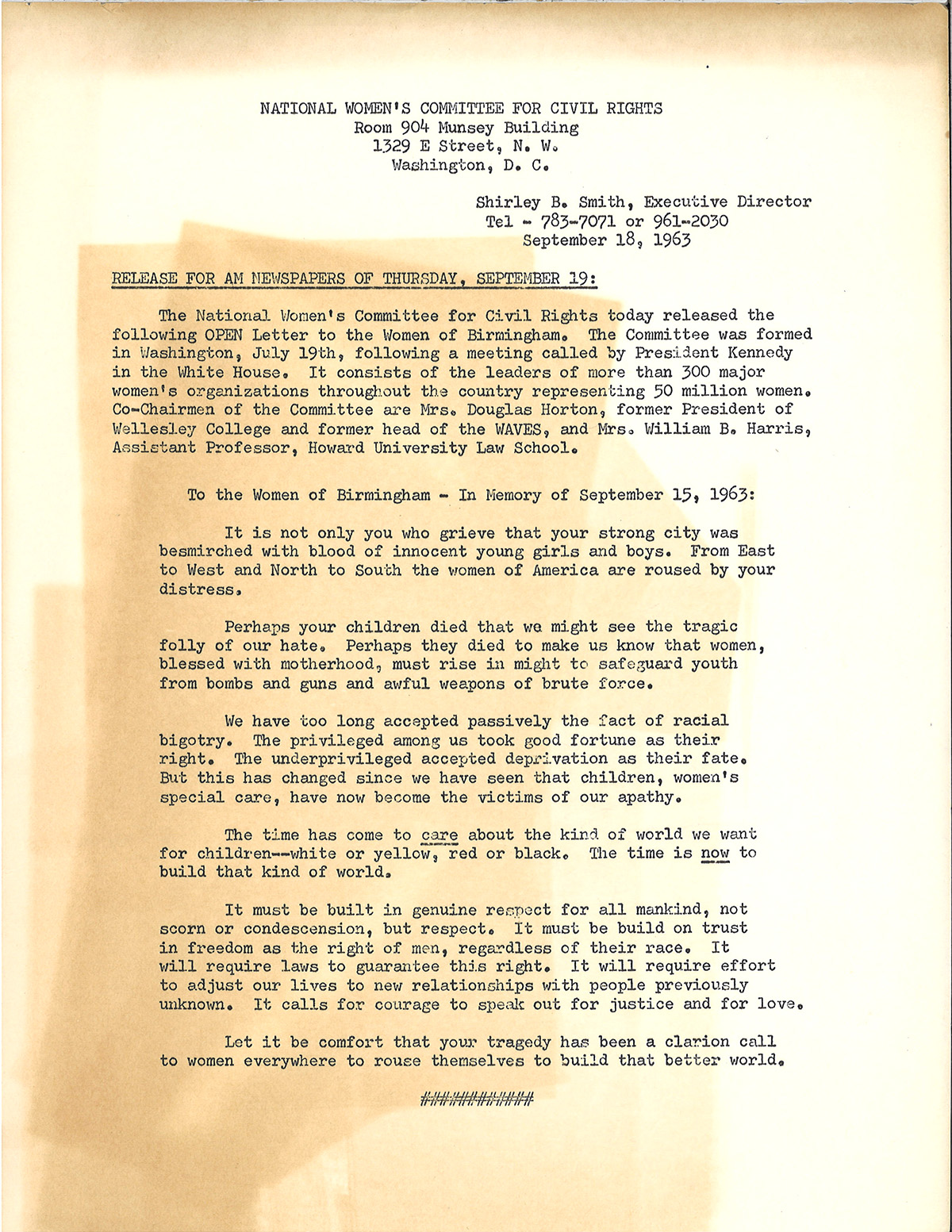 The National Women’s Committee for Civil Rights (NWCCR), formed under President Kennedy in July 1963, wrote this letter to the women of Birmingham days after the tragic 16th Street Baptist Church bombing which killed four young Black girls. In the letter, the committee calls for racial justice and unity which was indicative of the Kennedy administration. The NWCCR would later engage in organized lobbying for the 1964 Civil Rights Act.

[Lest We Forget, JFK, RFK, MLK Assassination] »
« [President Eisenhower Meeting with NAACP Leaders Walter White (at right) and Clarence Mitchell (behind Eisenhower) at the White House]